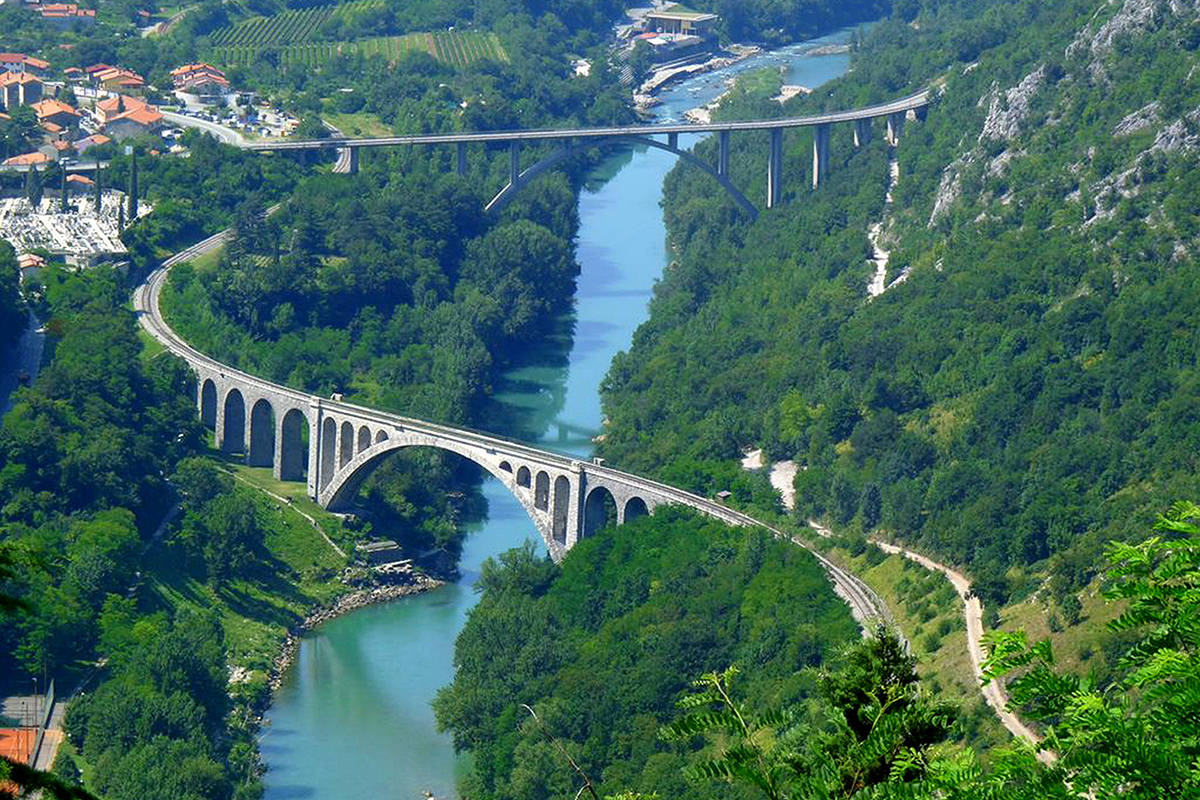 The Soča ( in Slovene) or Isonzo in Italian is a 138-kilometre long river that flows through western Slovenia ( 96 kilometres ) and northeastern Italy ( 43 kilometres).

An Alpine river in character, its source lies in the Trenta Valley in the Julian Alps in northwestern Slovenia, at an elevation of 876 metres. The river runs past the towns of Bovec, Kobarid, Tolmin, Kanal ob Soči, Nova Gorica (where it is crossed by the Solkan Bridge), and Gorizia, entering the Adriatic Sea close to the town of Monfalcone. It has a nival-pluvial regime in its upper course and pluvial-nival in its lower course.

Prior to the First World War, the river formed part of the border between Kingdom of Italy and the Austro-Hungarian Empire.[citation needed] During World War I, it was the scene of bitter fighting between the two countries, culminating in the Battle of Caporetto in 1917.

Due to its emerald-green water, the river is marketed as “The Emerald Beauty”. It is said to be one of the rare rivers in the world that retain such a colour throughout their length.

Giuseppe Ungaretti, one of the greatest Italian poets, describes the Isonzo in the poem “The Rivers.”

The Soča inspired the poet Simon Gregorčič to write his best-known poem Soči (To the Soča), one of the masterpieces of Slovene poetry.
This region served as a location for the 2008 Disney film Chronicles of Narnia: Prince Caspian.

The Soča is also well known for its unique trout species Salmo marmoratus (known as the marble trout), which lives in the upper course of the crystal-clear river.