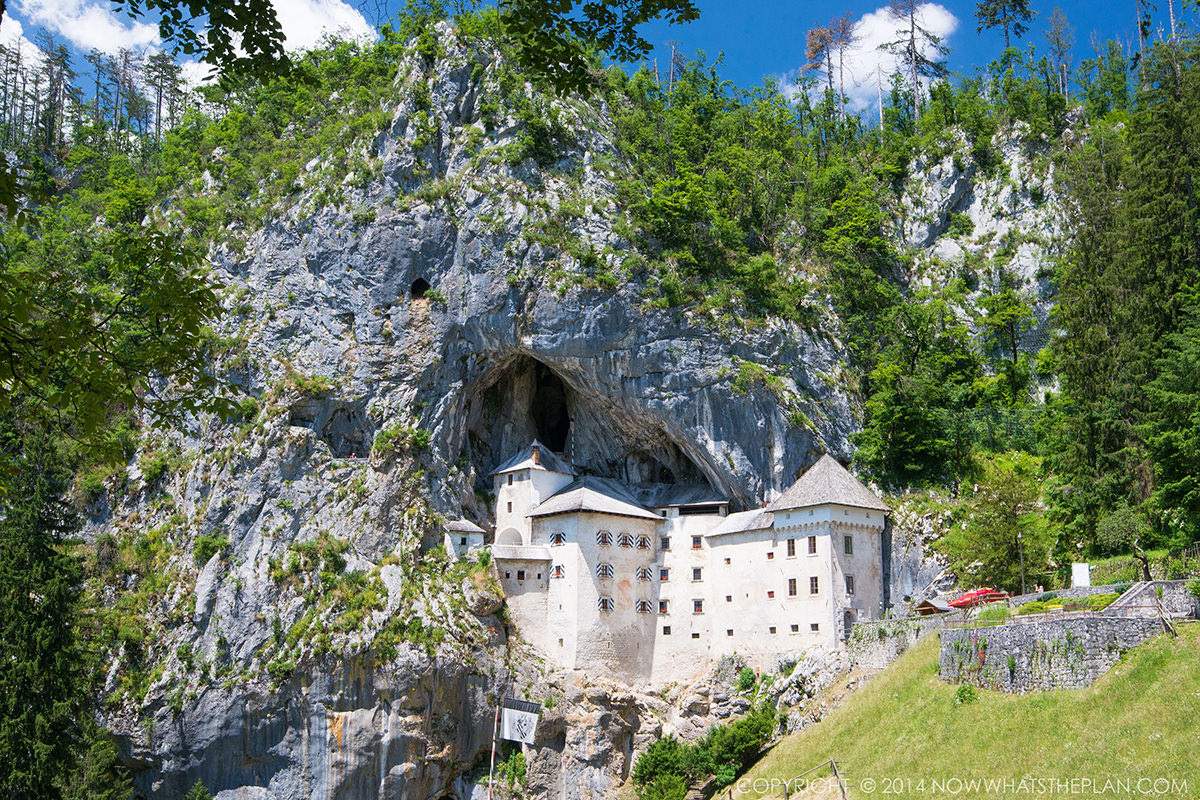 Predjama Castle ( Slovene: Predjamski grad ) is a Renaissance castle built within a cave mouth in south-central Slovenia, in the historical region of Inner Carniola.
It is located in the village of Predjama, approximately 11 kilometres from the town of Postojna and 9 kilometres from Postojna Cave.

The castle was first mentioned in the year 1274 with the German name Luegg, when the Patriarch of Aquileia built the castle in Gothic style. The castle was built under a natural rocky arch high in the stone wall to make access to it difficult. It was later acquired and expanded by the Luegg noble family, also known as the Knights of Adelsberg (the German name of Postojna).
Legend of Erazem of Predjama:
The castle became known as the seat of the knight Erazem Lueger (or Luegger), lord of the castle in the 15th century and a renowned robber baron. He was the son of the Imperial Governor of Trieste, Nikolaj Lueger.
According to legend, Erazem came into conflict with the Habsburgs when he killed the commander of the Imperial army, Marshall Pappenheim, who had offended the honour of Erazem’s deceased friend, Andrej Baumkircher of Vipava.
Fleeing the vengeance of the Holy Roman Emperor, Frederick III, Erazem reached in the family fortress of Predjama. From there, he allied himself with King Matthias Corvinus and began to attack Habsburg estates and towns in Carniola.
The emperor commissioned the governor of Trieste, Andrej Ravbar, with the capture or killing of Erazem.
Erazem was killed after a long siege. Erazem was betrayed by one of his men and was killed by a shot from a cannon.

The hidden passageway
A vertical natural shaft leads out of the original castle, which Erazem ordered to be enlarged, and leads to the exit located at the top of the cliff, 25 meters away from the cliff’s edge. This shaft allowed Erazem to secretly supply the castle with food in the time of the siege; he also used it to continue with his robberies.

Predjama Castle was used as the castle featured in the 1986 movie Armour of God by Golden Harvest starring Jackie Chan, Alan Tam, Rosamund Kwan and Lola Forner.
It was also investigated for paranormal activity in a 2008 episode of Ghost Hunters International on the Sci Fi Channel.
It was also the filming location of Laibach’s Sympathy For The Devil cover’s music video.
Last few years many Indian film productions use it as a scenery for their videos and films.

The multiplayer map “Castle” from the 2014 Counter-Strike: Global Offensive DLC, Operation Breakout, is based on Predjama Castle.