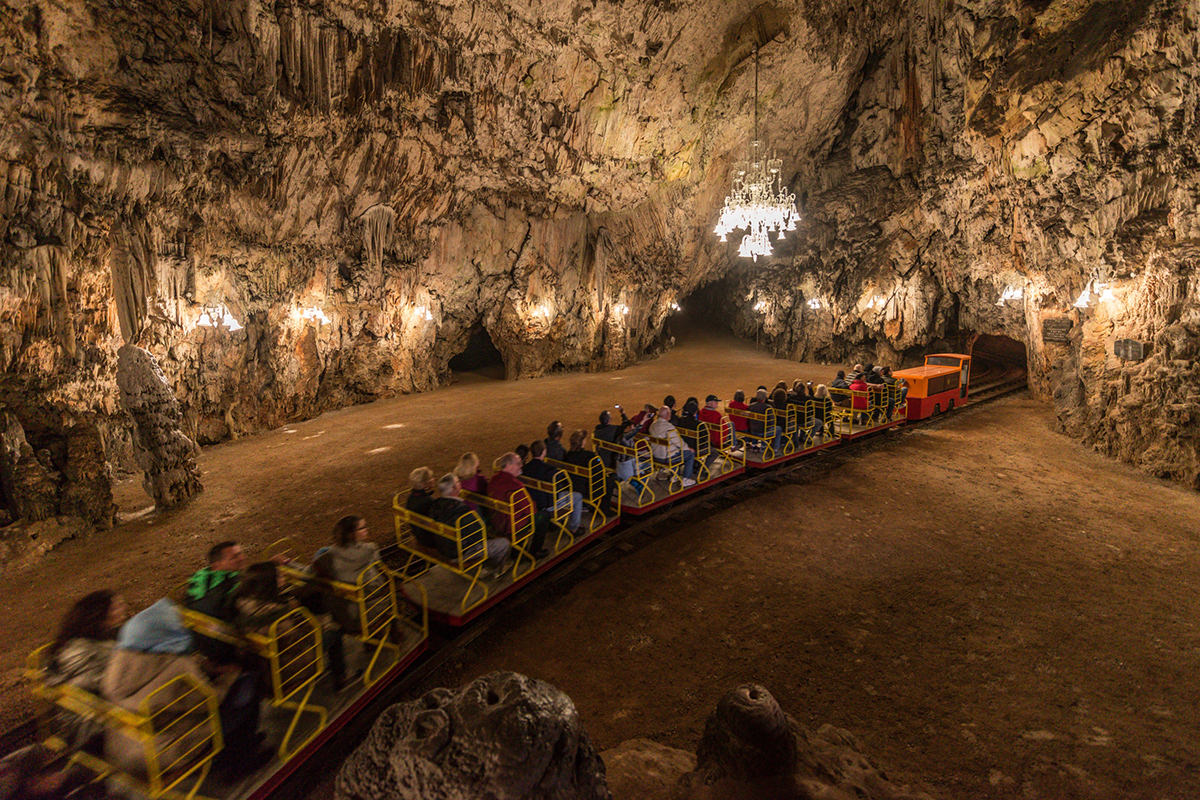 Postojna Cave ( Slovene: Postojnska jama ) is a 24,120 m long karst cave system near Postojna, southwestern Slovenia.
It is the second-longest cave system in the country (following the Migovec System) as well as one of its top tourism sites.
The caves were created by the Pivka River.
The cave was first described in the 17th century by the pioneer of study of karst phenomena, Johann Weikhard von Valvasor.

In 1818, when the cave was being prepared for a visit by Francis I, the first Emperor of the Austria-Hungary, a new area of the cave was discovered accidentally by local Luka Čeč.

In 1819, Archduke Ferdinand visited the caves, this is when the caves became officially known as a tourist destination. Čeč became the first official tourist guide for the caves when the caves were opened to the public.
Electric lighting was added in 1884, preceding even Ljubljana, the capital of Carniola, of which the cave was part at the time, and further enhancing the cave system’s popularity.

In 1872, cave rails were laid along with first cave train for tourists. At first, these were pushed along by the guides themselves, later at the beginning of the 20th century a gas locomotive was introduced.

During World War II, German occupying forces used the cave to store nearly 1,000 barrels of aircraft fuel, which were destroyed in April 1944 by Slovene Partisans. The fire burned for seven days, destroying a large section of the cave and blackening the entrance.

After 1945, the gas locomotive was replaced by an electric one. About 5.3 kilometres (3.3 mi) of the cave system are open to the public.

In June 2015 the cave administration reported that cave divers managed to explore a further underwater section of the cave leading towards Planina Cave, thus lengthening the cave system from 20,570 m to 24,120 m.

The cave also houses the world’s only underground post Office.

This error message is only visible to WordPress admins